Last week was a well-timed kickoff of my online virtual Zoom study for Discovering Jesus in the Old Testament: A Creative Bible Study Experience. We contrasted how Eve and Adam handled the Serpent’s 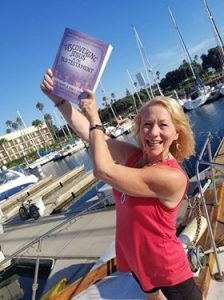 deception, and how Christ managed the Devil’s temptation in the desert.

Satan twisted scripture in Genesis and in the desert with Christ. Adam and Eve fell for the half truths and slanted scripture, (see Gen 2 and 3 ) but, in contrast, Jesus quoted scripture and stood strong against the evil one. (See Matthew 4)

When God looked for Adam and Eve, they were hiding in shame. When God asked them if they had succumbed to the temptation and if they ate from the Tree of Knowledge of Good and Evil, instead of owning their sin, they played the blame game. Eve blamed the serpent, Adam blamed Eve (and God, “it was the woman you made”)

Then, our bible study participants looked at this verse that kind of sums up the Devil’s over used bag of tricks: 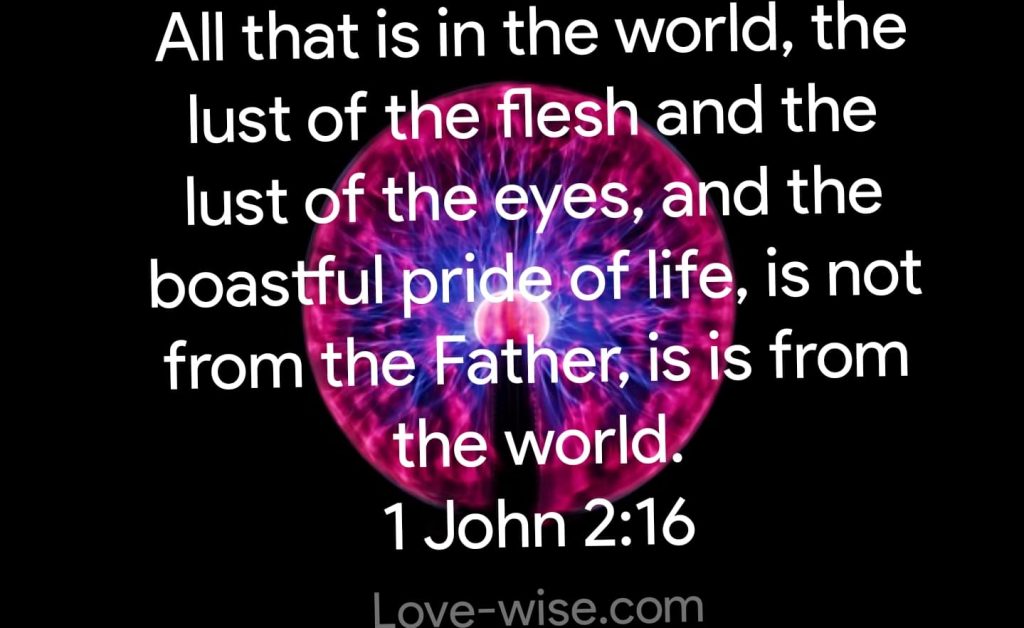 Even today, these three schemes are the devil/’s favorite “go to” deceptions and temptations when he “roams around like a lion seeking whom he may devour” (1 Peter 5:8)

We know Satan,  the prideful angel (who wanted everyone to worship him not God, the Creator), when he fell from Heaven, was given reign to tempt mankind for a set time period. (see Isaiah 14:13-14). In several other verses, we see the Devil referred to as the leader of this world system here on earth. Here is one:

in whose case the god of this world has blinded the minds of the unbelieving so that they might not see the light of the gospel of the glory of Christ, who is the image of God. (2 Cor 4:4)

In the garden, we observe how Adam and Eve were blinded and Eve voiced how she was captured in the same snare as listed in 1 John 2:16):

So when the woman saw that the tree was good for food, and that it was a delight to the eyes, and that the tree was to be desired to make one wise, she took of its fruit and ate, and she also gave some to her husband who was with her, and he ate. (Gen3:6 (emphasis added) )

Now observe how Jesus was tempted in these same three ways, but His response crushed Satan and booted the Devil away!:

Then Jesus was led by the Spirit into the wilderness to be tempted[a] by the devil. 2 After fasting forty days and forty nights, he was hungry. 3 The tempter came to him and said, “If you are the Son of God, tell these stones to become bread.” (emphasis added)

4 Jesus answered, “It is written: ‘Man shall not live on bread alone, but on every word that comes from the mouth of God.’[b]”

5 Then the devil took him to the holy city and had him stand on the highest point of the temple. 6 “If you are the Son of God,” he said, “throw yourself down. For it is written:

“‘He will command his angels concerning you,
and they will lift you up in their hands,
so that you will not strike your foot against a stone. ‘” (emphasis added)

7 Jesus answered him, “It is also written: ‘Do not put the Lord your God to the test.’”

8 Again, the devil took him to a very high mountain and showed him all the kingdoms of the world and their splendor. 9 “All this I will give you,” he said, “if you will bow down and worship me.” (emphasis added)

10 Jesus said to him, “Away from me, Satan! For it is written: ‘Worship the Lord your God, and serve him only.’”

11 Then the devil left him, and angels came and attended him.

God, in His mercy, rescued humankind from an eternity of living in a state of enslavement to sin In the garden, He laid out the consequences of rebellion and disobedience to the command not to eat from the Tree of Knowledge of Good and Evil. First, God went to the source of the initial deception, the serpent. (Note the foreshadowing of victory over the evil one)

“Cursed are you above all livestock  and all wild animals!

You will crawl on your belly  and you will eat dust
all the days of your life.  And I will put enmity
between you and the woman,  and between your offspring[a] and hers;
he [Christ] will crush[b] your head,  and you will strike his heel.”  (emphasis added)

Jump to the New Testament and see this victory over Satan echoed in Romans 16:20:

The God of peace will soon crush Satan under your feet. The grace of our Lord Jesus be with you. 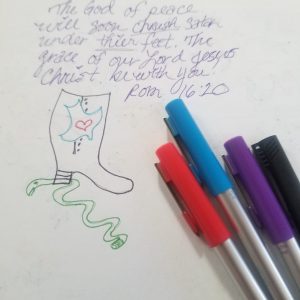 It was sinless Jesus Christ giving His life on the cross for all humanity for all time that crushed the power of the devil.

Colossians 2:14–15 captures what God did for those who trust his Son, when He died on the cross:

…having canceled the charge of our legal indebtedness, which stood against us and condemned us; he [Jesus] has taken it away, nailing it to the cross. And having disarmed the powers and authorities, he made a public spectacle of them, triumphing over them by the cross. (emphasis added)

There are easily over 100 verses about victory over Satan and how to walk in that victory.

Since I am writing this on Good Friday, let’s focus on the Christ’s sacrifice for us on the cross: 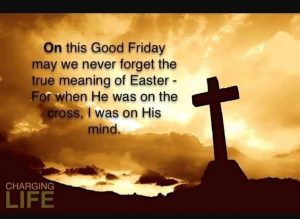 may it never be that I would boast, except in the cross of our Lord Jesus Christ, through which the world has been crucified to me, and I to the world. (Gal 6:14)

And being found in appearance as a man,  he humbled himself by becoming obedient to death—
even death on a cross! 9 Therefore God exalted him to the highest place  and gave him the name that is above every name, 10 that at the name of Jesus every knee should bow, in heaven and on earth and under the earth, 11 and every tongue acknowledge that Jesus Christ is Lord,  to the glory of God the Father. (Phil 2:8-11)

and He Himself bore our sins in His body on the cross, so that we might die to sin and live to righteousness; for by His wounds you were healed. (1 Peter 2:24)

and through Him to reconcile all things to Himself, having made peace through the blood of His cross; through Him, I say, whether things on earth or things in heaven. (Col 1:20)

But God shows his love for us in that while we were still sinners, Christ died for us. (Romans 5:8) 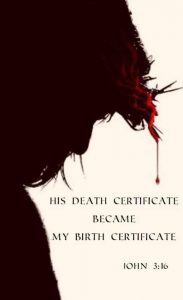 But Christ has rescued us from the curse pronounced by the law. When he was hung on the cross, he took upon himself the curse for our wrongdoing. (Gal 3:13)

And our response to such sacrificial love on our behalf:

But thanks be to God, who gives us the victory through our Lord Jesus Christ.

Blessed Easter to you and all you love!

Pam Farrel lives grateful for the life-transforming power of the cross and resurrection power of Christ in us through the Holy Spirit!  She serves her Savior by traveling the world as a speaker (in person and virtually), she has written 56 books, including award-winning Discovering the Bible series (coauthored with Jean E Jones and Karla Dornacher). Currently, Pam is teaching a virtual bible study of Discovering Jesus in the Old Testament: A Creative Bible Study Experience and invites women to join her. 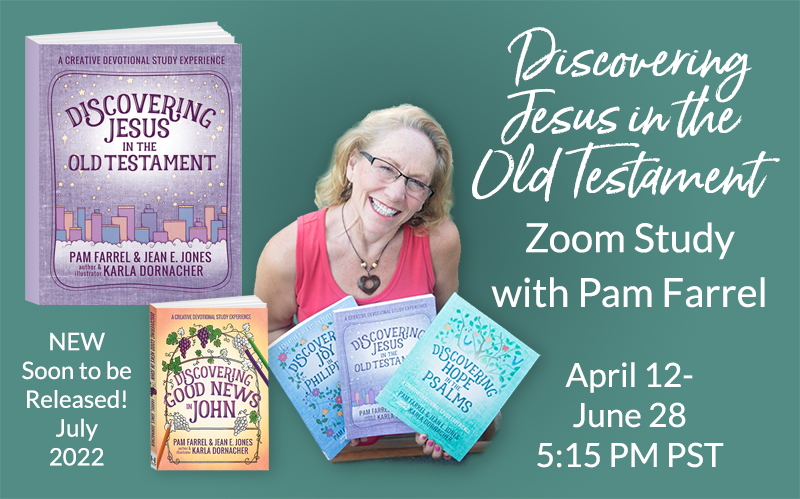 aboard boat. she and her husband, Bill, Co-Direct Love-Wise Ministry.  Pam enjoys time with her family of three sons, three daughters in law, and five grands.